Last week I posted about Solving Problems Indirectly… and today I have a similar topic; saying, or communicating things indirectly. 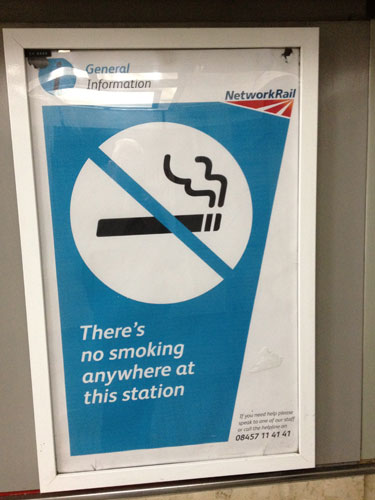 There’s no smoking anywhere at this station 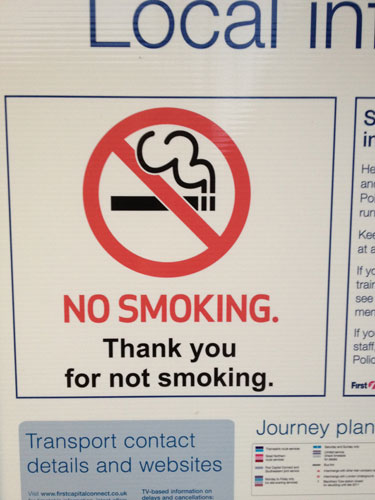 Thank you for not smoking 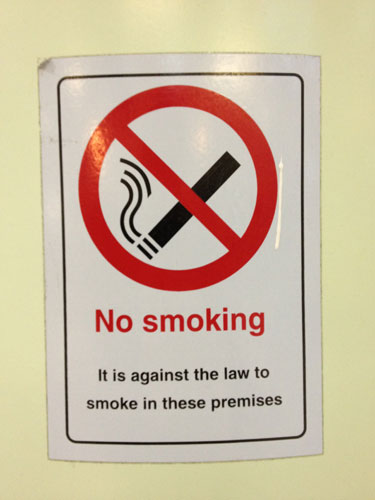 It is against the law to smoke in these premises

This is probably fairly subjective, but I find the ‘Thank you for not smoking’ sign and the ‘It is against the law…’ sign far more palateable than the first poster.  Which is most indirect? The first poster.

Which is the most informative? In my opinion, the third one; ‘It is against the law…’.  There is no ‘judgement’ it is just a statement – do not smoke – why? – because it is against the law.   I’m sure some people consider it impersonal or too direct, but in other senses it is just stating a fact.  If you choose to smoke here, you now know that it is against the law.  ‘Thank you for not smoking’ is polite and courteous, I am sure, but doesn’t inform of the legal implications.  I am fully aware that instructions are sometimes embedded in requests (such as a manager to a junior member of staff: “Peter, please could you…”) but I think face-to-face is different.

But I just find that Network Rail sign offensive and annoying.  In a strange way, the words do not seem to be implying a value judgement, but what I ‘hear’ when I see that sign is the shriek of a caricature librarian hissing “There’s no talking in this library!” or perhaps “There’s no ball games in this park!” (I don’t particularly expect it would be a librarian saying the latter thing, but you get the idea).

Another problem is that first sign falls into the schoolboy trap which is very childish, but what can you do? It is so easy to ‘answer’ the sign by saying ‘Yes, there is’ and light a cigarette (although I don’t smoke any more, so I won’t do that).

In my mind there is a parallel with the English teacher or parents saying:

Child:   Muuummmmm, can I get some ice cream?

Mum: Yes you can, but you may not.

This is the parent distinguishing between something being physically possible – it is possible and you can physically do it – versus being allowed to do it; you may not.

In all cases it seems likely to be physically possible to smoke in the train stations these signs are seen, but in this case, the law says you may not.

The actual guidance on No-Smoking signage since smoking was banned in England in 2007.  Intriguingly, the sign has a different logo from the one I thought was ‘legal’. 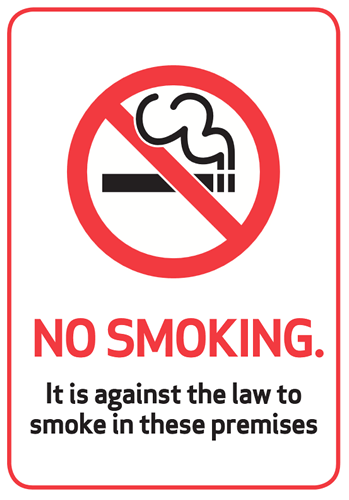