We normally expect and look for simplicity in the use of a product. If it is difficult to use, we might exhibit frustration, not buy it again, or similar.  As a possible example, I was recently given a small pack of anti-histamines from Canada.

Initially I was baffled by the blister packs; they appeared to be strongly resistant to pressing the tablets through the foil backing.  It took a moment to understand that there is an extra step necessary with these packs, which I had not previously seen with packs in the UK: 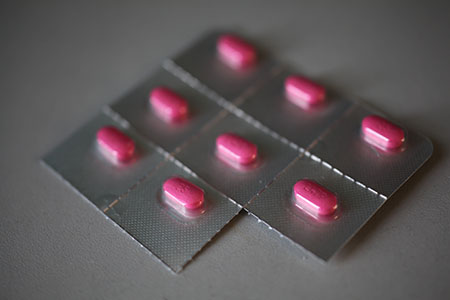 A Partially-used Blister-pack of Anti-histamine Tablets

The following process is easier if you first separate out the individual tablet ‘blister’ from the rest of the sheet: 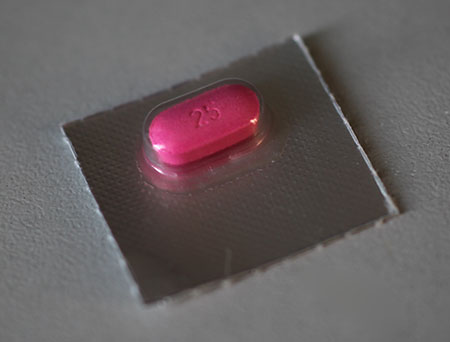 A Single Tablet section of the Pack

The rear of each tablet-section shows brief instructions (in a tiny font), with some other information:

The Rear of the Blister-pack

Having torn the blister away from the rest, you have to peel off a backing – I find this a pain; a bit like finding the end on a roll of sellotape (scotch-tape if you prefer), but once you get it it’s easier enough to pull away from the back: 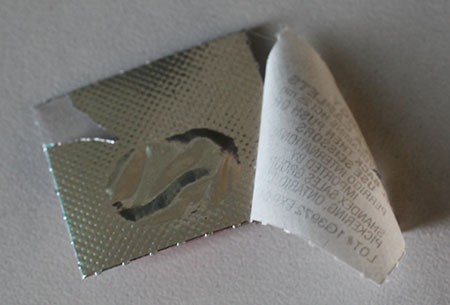 The Back of the Blister-pack after Peeling

Now that backing is off, it’s easy enough to push the tablet through the foil backing (but still open to all the usual troubles of dropping the tablet, handling a small tablet with clumsy fingers, and so on):

After Pushing the Tablet through the Foil

It took me a while to realise that there is actually an arrow on the back of the blister on each tablet-section that indicates the best place to try to peel the backing from (which is certainly helpful to know).

If this was an ‘unboxing’ experience to use a product, you can be sure I would be intensely frustrated and probably even angered by it!

I can only assume that the design of this packaging has been inspired by concerns regarding misuse and safety.

In my childhood, even the most ‘every-day’ drugs such as aspirin came loose-packed in bottles.  I don’t personally remember a time when tablets did not have a safety (child-resistant) lid – but there was a time when they did not have them (refer to this wikipedia article on Child Resistant Packaging).  So the bottle-top at that time was intended to improve safety by reducing the likelihood of a child swallowing a number of tablets.  Now, even aspirin is sold in blister packs, and it has been my strong impression that this also improves safety… obviously any such packaging should not prevent access to the tablets, but hopefully is difficult enough to prevent a small child from getting at the tablet.  swallowing substantial quantities of them!

I can only assume that the additional packaging shown here is a next step in driving safety and reducing misuse… but what is the cost?

‘Child-Resistant’ – especially when used to refer to packaging like this – also tends to indicate packaging that is not ‘accessible’ – particularly to the elderly. I’d suspect that this packaging presents considerable additional problems for people with arthritis; in fact it will even be less accessible to people without good sight… and even having fingernails of a particular length will help too.

I don’t particularly want to get drawn into an argument about child-safety, because this is a mostly-technical blog after all, but – to quote the U.S. Consumer Product Safety Commission from the wiki article noted above:

If that is true then maybe we would be better educating people about medicinal safety rather than playing the ‘nanny state’ and legislating to provide protective packaging?

And Back to IT

How does any of this interest me as a software developer? I think it interesting to note how much research and development must have gone into this particular packaging design, and just how many technologies needed to exist for it all to work as a coherent whole.  To note just two: materials-science to find a peelable backing that would effectively prevent the ‘push-though’ of the tablet while it was in-place, and the technologies to serrate the packaging so individual tablet-sections could be removed and to ensure that the peelable backing was only ever removed from a single tablet at a time.

What safety measures do you have in your software (either that you use, or that you write) to help the user not to make serious errors?  And if you have such measures… how much do they obstruct normal day-to-day operation?